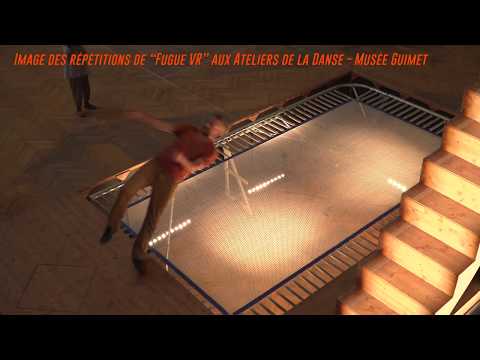 “Any place can become a stage”, says Yoann Bourgeois. And now, for the first time, the Musée Guimet – the former natural history museum being converted for and by the Maison de la Danse – hosts the Biennale. The former circus artist continues his quest for the “suspension point”, in delicate virtuoso arrangements that defy gravity’s limits with unique grace. Drawing on his repertoire, each number in this site-specific show will address the impossibility of sitting down, with a chair the central element.

Yoann Bourgeois is an acrobat, actor, juggler and dancer but he is first and foremost a player

The first creative cycle used iconic pieces of music as a basis for working on the “figure” (a classical element of circus work), freeing the new circus style from the all-powerful tyranny of the “spectacular”. In 2010 the cycle resulted in: Les fugues (routines presenting the relationship between a man and an object), then L’art de la Fugue, and Wu-Wei.

In 2014, Bourgeois’s second creative cycle sought to radicalise his artistic intent. He then manifested a unique interest in the body/strength relationship as an inexhaustible source of drama. The study resulted in the pieces Celui qui tombe (He who falls) and MINUIT (Midnight).

Since then, Bourgeois has continued his research alone on systems that amplify physical phenomena: “tentative approaches to a suspension point”. All of this output informs the fields that draw on it: opera, film, clips, concerts, theatre, circus and so on.

My programme is about stalling time. It is, of course, impossible. But there are ways of approaching it

Go to the show